I’m from Arkansas which is part of Tornado Alley, so naturally, I’m pretty used to storms with strong winds.  Hell, I even miss them when I’ve been in an area where they don’t exist – not so much the tornadoes as the general strong winds that accompany our rather violent thunderstorms.  I had the opportunity during my RV travels to find out that all wind is not created equally, however.

Upon returning to the Lower 48 from Alaska following the summer of 2015, I happened by chance to end up at an RV park doing workkamping.  Workkamping, for those of you not familiar with the term, is where you do some work in exchange for a place to park your rig.  Sometimes electricity and other services are even included.

Some workkamping agreements are very formal, whereas others are much more lax.  I happened into the latter which suited my mood.  I’d been traveling all summer – on the move almost every day, and boondocking to boot!  Ok, more vocabulary for the uninitiated:  boondocking is where you live totally off-grid – no water, electrical, or sewage hookups.  When you are boondocking, you are limited strictly to the very limited amount of water in your holding tank, the amount of power in your house battery, your propane tank, and the amount of space in your black and gray water holding tanks (toilet and sink/shower, respectively).

Boondocking is great, don’t get me wrong, but after months of it on end, if someone offers you a place where you have unlimited power, water, sewage, wi-fi, etc. in exchange for a few hours a week of easy office work, you are all over that like white on rice.  And that is precisely how I came to take up temporary residence over the winter on the Washington coast.

Originally, my plan was to head south to maybe Arizona or New Mexico where I could spend a pleasantly warm, dry winter where I could get in some bike riding and hopefully get myself back into shape.  Alas, the best laid plans of mice and men…

So, I sold out my winter dream in exchange for being still and free wifi – oh, and having the Pacific Ocean as my backyard – literally.  I could toss (not throw) a rock from my RV and it would hit the ocean.  How bad could it be?  Yeah, I heard that it rained a lot in Washington – but it wouldn’t be like I’ve never seen rain before.  Besides, I could always spend the following winter in the desert.

I’d been at the park about a month and a half when the RV’ing season finally died off and the park was empty.  Granted, it wasn’t too bad here because it is in a very rural area (big plus!), and the park isn’t very big (another big plus!).  However, I am a huge fan of peace and quiet and when the people were gone, I had it in spades…for a little while.

One day in mid-October it began to rain.  I didn’t really give it much thought, other than every time I had to walk my dogs that I got pretty wet.  That had happened to me a lot on my trip.  A day or two of rain and a few changes of clothes that had to be hung in the shower to dry.  Big whoop.

It turned out that this rain was different.

Within a couple of days it had switched from what we all think of as “rain” to something entirely different.  To begin with, it never stopped – not even for a few minutes.  It was really coming down and there was standing water everywhere, despite the fact that the ground underneath me was mostly sand and highly permeable.

The second thing that happened was that the wind started to blow.  As I said before, being from Arkansas – I like wind and storms and such.  They make me feel “at home.”  This wind was different.  Instead of really intense gusts of wind that switch up direction every few seconds and rage for an hour or two and then go away once the front has passed, this wind was *constant* – as in, it did not let up.

I should also mention that this was no ordinary wind of say, 15-35 mph.  These winds, at their lowest speeds, were around 40 mph, usually were blowing around 50-60 mph, and then would gust as high as 71 mph.  To give you a frame of reference, Category 1 hurricane winds are 74 mph.

Sustained straight-line winds of around 50 mph for 5-7 days on end coupled with intense rain is bad enough.  When you couple that with the fact that you are living in an RV, which begins moving a bit at around 15 mph, well, you are in for a ride.  The best explanation I can give is to say imagine yourself living in a wind tunnel that never turns off.

I did my best to try to ignore it and focus on my writing or by reading a book, but I soon found that was a mistake.  My neck became so stiff from trying to hold my head in position so I could focus on my work that I developed a case of whiplash and got the worst possible headache you could imagine.

On the rare occasions that I drove up the peninsula to go to the post office, I noticed that it wasn’t nearly as bad.  Here, there were no trees or buildings to block the wind.  It was about as wild of a ride as you could get.

Imagine that every time you opened your door that you had no option but to immediately let go of it because the wind would pull you out of your RV if you held onto it.  I made the mistake once of trying to keep it from being taken from me and paid for that with another extremely intense headache caused by muscles in my neck and shoulders turning to steel.

I haven’t even begun to address trying to walk little 12 lb dogs in such weather.  70 mph gusts can knock a grown person off of his or her feet.  “Walking the dog” was more like flying a kite.

After a few weeks of being soaked I owned a pair of Muck Boots (kind of like Wellingtons) to keep my feet dry, as well as a full length trench coat with hood.  I mean the thing nearly reached my ankles.  I already owned some good mostly waterproof gloves, so that took care of my hands.  I even ended up buying two raincoats for the dogs.  As much as I despise the idea of dressing up my dogs, these came in really handy.  They would still have wet feet, snouts, and tails, but the rest of them stayed dry – as did I in my new attire, although I feel a bit like I am the wife of the Gortans’s Fish sticks fisherman guy – except my stuff is black, not yellow. 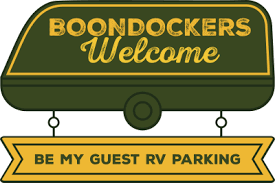 As it turned out, this was only the warm-up for the main event.  Weeks of this weather finally culminated in mid-November with a storm that beat all others.  The State of Washington was declared a disaster area by the governor.  The RV park flooded.

My friends kept pointing out that I was mobile and should just “go.”  What I couldn’t seem to relay was that the roads around me had trees down, the only way out of here would be to drive along the coast which was still being battered by high winds (not safe in an RV – it’s like a sail), and if I did reach a point where I could turn inland (either going north or south of here) I was dead smack in the middle of river valleys which were flooded.  Everything was flooded – especially if I drove inland.  Then, assuming that I could have made it that far, I would have to go as far south as central California to escape the damage from this storm.  I, and the rest of the RV park residents, decided to stay put.

We got a brief break around Christmas to New Years, but the rain came back.  So far the intensity has been a lot less in terms of the wind, but it still ain’t a walk in the park.  Locals say that it’s been extra bad because it’s an El Niño year.  I don’t believe them.  Next year instead of living in a wind tunnel on the Washington coast I’m heading south, come hell or high water.

Why I Didn’t Reach Climax