How I got the Travel Bug

I started traveling the globe at 19 years old.

It started out as a fluke when I happened to be walking through the student union at my college near the end of my freshman year.  I looked up overhead on my way to get my mail and saw a poster that advertised a trip to Germany the following summer.  All I needed to do was show up for a meeting – in about half an hour.

I don’t actually remember the meeting.  All I remember is that when the school year ended and I had summer break, I worked three jobs – about 18 hours a day all summer long.  It actually caused me to come down with a rash caused by lack of sleep and subsequent anxiety.  A week’s worth of hefty anti-anxiety meds that put me to sleep, and all was well again.

I had never been abroad before, and I wasn’t really sure why I was doing it other than it was something I’d never done before.  The really interesting part about it is that I didn’t ever really think about it.  It just seemed like the natural course of events for me to participate in the trip.  I wasn’t excited, per se.  It was just something new to do.  Little did I know at the time that my seeing the poster advertising the trip to Germany would be my introduction to my calling in life – to travel.  It may sound hokey, but there has never been anything else that has motivated me more consistently over the last 20+ years than the opportunity to explore new places. 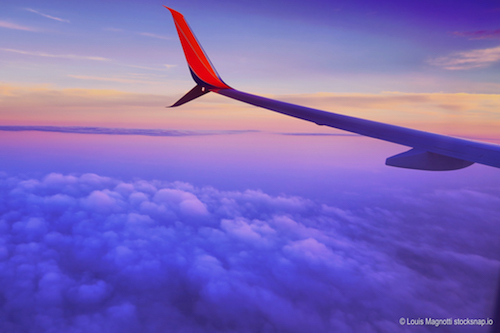 The Nudge I Got in College

During my sophomore year at Hendrix College, I had a number of special classes in language, culture, and history to prepare me for the trip to Germany.

I learned basic communication as well as the fact that if my host family closed their doors that it was not considered an attempt to gain privacy or be rude if there were other people around – Germans just close doors.  There was a lot more to it, naturally, but that’s the one thing that really stuck in my head.  If you happen to be reading this before you take a trip to Germany, it so happens to be true.

A little background is necessary here.  When I was in high school I was fascinated with marine mammals.  I wanted to study them and go into some sort of program that looked at their communication.  I was obsessed.  So, when I was looking for colleges, I applied to programs around the country with marine biology programs and was accepted to everywhere I applied.

I was an early high school graduate since I refused to spend another year at high school to cover a couple of credits, so I was barely 17 by the time I graduated.  I don’t think my father was ready for me to go out of state and he applied for me to attend a small private college about half an hour from home.

I was asked to interview since I was younger and I did my best to ditch the interview.  I showed up dressed like a teenager of the late 1980’s, and when presented with questions such as “Where do you see yourself in 5 years?” I replied, “I dunno.”  Apparently, I aced the interview by being a down-to-earth girl who didn’t take herself too seriously and who was prime to be molded by the college.

Although it was a great school, I couldn’t really study what I wanted there, and after my sophomore year, I had enrolled to go to school in Hawaii at a tiny little college of about 500 students.  This college had an outstanding marine biology program.

So, I withdrew from my current school and was all packed to go to Germany for my 3 week trip at the beginning of the summer when I got a letter a couple of days before getting on the plane that said the school in Hawaii was being taken up by a large university and that it would be turned into a nursing school.  The marine biology program would be the one that was offered by the big university – not what I had signed up for.

A couple of days later, I boarded the plane to Germany.  The trip proved to be very interesting, but it was highly-regimented.  The professor who had organized it was a very orderly person.   Looking back as an adult, that was certainly to our advantage.  As a 19-year-old girl in a new place, it was restrictive and went against the grain of what I wanted to do.

It wasn’t that I wanted to go out and party, or anything like that.  My 9th grade year was, um, “colorful,” and I had all of that out of my system.  I just wanted to explore.  There were ALL of these cool places to see and new things to do, and I was being schlepped around with a group of 8-9 other students.  I wanted to leave the group and go out on my own.

Our professor did a fine job and we saw tons and learned even more, and to this day, I am beyond grateful for the experience he provided.  Without that opportunity, I don’t know if I ever would have found out about travel until much later in life – if at all.

Traveling with other folks in a planned manner just wasn’t my preferred mode of travel – I just didn’t know it yet.

When the three weeks of the planned trip were up and we were back in Frankfurt about to get on the plane, I decided that I wasn’t ready to go home.  I wanted to travel by myself.  I knew how the train system worked and I has some barely passable German skills, and I was ready to go explore.  I think the professor was more than a bit apprehensive about leaving me, but what could he do?  I was 19 years old.

I assured him that I would call home and let them know what was up.

So, they got on the plane, and I was completely, and totally on my own for the first time in my life.

And it felt amazing.

The RV Trip from Hell: A Rite of Passage – Part 1 Traveling Europe on the Cheap:  Making the Most of Your Eurail Pass