Wanderlust: What Drives a Travel Addict

Wanderlust:
What Drives a Travel Addict 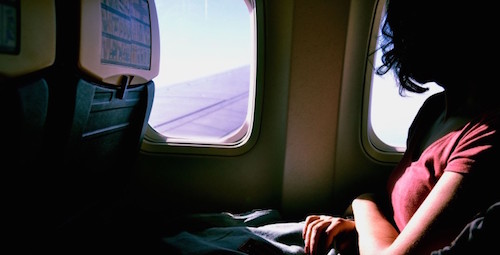 We all travel for different reasons.  Some of us travel for work, others travel to see family, some of us make a ‘pilgrimage’ of sorts to see something we have always wanted to see, and some of us travel because it is expected of us when we finally get to go on vacation.  Others of us, however, travel for an entirely different reason – because we must.  We are compelled by something deep within our genes that does not allow us to be content being in one place, no matter how pleasant the situation.

To be sure, we have all heard of artists or writers who create because they have to – for those of us compelled to travel, it is much the same scenario.  We are people who become bored easily.  We are fascinated with things that are different and we love it when we are forced to confront our biases on topics on which we did not realize that we were biased – all because someone from some new place does it a different way and for a specific reason.

Whereas most people fear change, and even worse, the unknown, we thrive on it.  We suffocate on monotony.  We are the people who would rather travel the world earning next to nothing scrubbing toilets than hold high-paying jobs that mean we must do the same thing day in and day out.

We are risk takers and thrill seekers.  That is why we are fascinated with the unknown – it provides a necessary type of stimulus for our existence.  Without it, we become depressed, lost, apathetic, and slowly wither into a shell of our true selves.

We see other people who live in the rat race, and we cannot identify with them.  We don’t understand how they can find contentment in the lives that they lead.  The repetitiveness and predictability of such a life simply has no appeal to us.  What other people refer to as the “comfort zone” they are so scared to leave, we see as a prison.

Our “comfort zone” is being out of our element.  It means that we may be surrounded by people whose language we don’t speak or falling from an airplane.  So long as it is different and challenging – and possibly very dangerous – this is where we find our bliss.

Take a look at our bookshelves and you will find books on the greatest expeditions ever recorded – Shackleton’s Antarctic expedition, Mallory’s Everest expedition, Darwin’s Voyage of the Beagle, the Lewis and Clark expedition journals, etc.  We identify with these people.  Most people today who read about them cannot figure out what would possibly possess a human being to give up everything they knew to risk their lives attempting to do the near impossible.  Those of us who are compelled to travel would have given our right arms to have had the chance to go with these people – afterwards, of course, since we would likely have needed that arm while traveling.

When adventurers die “doing crazy things,” and people comment on how they just don’t understand what would cause someone to do “such a stupid thing,” not only do we understand, but we know that for someone like us, there would be no better way to go.  Sure, freezing to death near the summit of Mt. Everest doesn’t sound like it would be fun, and certainly no one would volunteer to just go and die there.  But, if you are driven with everything in your being to go and climb Everest, dying there sure as hell beats growing old in a nursing home and dying in front of the TV watching reruns of The Price is Right.

Taking a cruise ship vacation is what some people work all year looking forward to doing.  If you put one of us on a cruise ship, we would likely jump overboard at the first opportunity.  Being confined on a boat with organized events, entertainment, and other predictable, scripted happenings is our idea of Hell.  Give us, instead, the freedom to roam and interact with people on real voyages with purpose.  We are more content finding a spartan berth on a cargo ship crossing the Atlantic and hanging out with the crew playing cards.

We are people who take on the opportunity to travel at the drop of a hat.  If someone says “road trip!,” we are gone before anyone else has had time to start packing.  Whereas most people have to look for their passports when they need them, we usually have ours in our wallets – and if not, they are certainly within arm’s reach at any given time.

We love to be unencumbered by anything that might get in the way of spontaneity, so we are not planners.  We go whichever way the wind carries us, which means that we often, if not always travel solo.  The idea of having to debate with someone what to do next or when to do it just stifles our whole process.

Many of us do not have strong attachments to our “homes,” meaning the places from which we hail.  We may think of that place fondly, but being away from it brings no particular sadness or feeling of lacking.  We are too busy out finding new cool things to do.

Speaking of new, it isn’t uncommon for us not to like to go to a place more than once.  As soon as we have checked off the “been there, done that” box for a particular place or experience, it’s just not the same the next time around.  Skydiving, for example, may prove to be the most thrilling thing we’ve ever done the first time we do it.  Our brains were flooded with sensations we had never had before and the experience was definitely something that will be hard to surpass.  The next time we do it, however, we probably find that we are somewhat let down.  Not that it isn’t fun, but it’s not the same.  It’s no longer “unknown” to us.

To people who do not understand the Wanderlust compulsion, those of us who live our lives for the purpose of traveling and experiencing all that there is to see or do will remain an enigma.  Without a doubt, we are a unique breed and we are definitely the exception to the norm.  Occasionally, we bump into one another and we form an instant bond with that other person.  It’s immediately apparent that someone we just met knows us more intimately than members of our family that have known us all our lives.