Have Loo Roll, Will Travel

You know what is probably the most interesting thing about hardcore travelers?  One of the first things they talk about with one another are their bowel habits.  I’m not kidding.

Usually, we don’t discuss whether we are constipated, have the runs, or are feeling particularly regular with anyone – let alone a near perfect stranger.  But, there is something about the brother/sisterhood of traveling that cuts through all of the formalities that might take years of being married to someone to feel comfortable discussing.  You go practically right from introducing yourself and stating where you are from to telling the traveler you just met about the diarrhea that has been plaguing you for weeks.

Why do we do this?  In any other environment, save, perhaps, when we are losing our marbles in the nursing home when we are in our 90’s, we would never dream of sharing such intimate and personal information with a stranger.  But, for some reason, traveling makes us do it – and with gusto!

I think that perhaps it has to do something with the fact that our bowel habits become, well, less habitual and instead, more of a surprise.  I often joke that there are two types of travelers – the ones who can’t seem to stay off of the toilet, and those who listen to those tales with envy because they can’t remember the last time they were able to go. 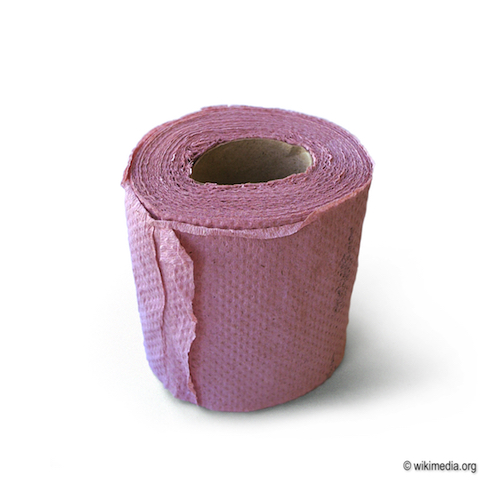 Perhaps another factor in our sudden need to relate our daily business to others is fueled by the fact that more often than not, where we go is as interesting as the going itself.

I remember distinctly this one time while traveling in Malawi that I suddenly was gripped by the urge and needed to find a public facility immediately.  Cheeks pinched tightly together and doing that special walk that anyone who has had a nasty case of the runs far from a toilet will understand, I quickly asked people where to find a restroom.

I should point out that by “restroom” I meant “pit toilet,” as there was nothing that flushed for hours around where I happened to be.  No big deal – I was quite used to them.  In most cases, they aren’t so bad.  They may be a bit stinky, but most of the time people who use them have been doing so their whole lives, and are fairly neat about it.  Then, there are times like these…when you just can’t begin to truly relate the experience with words.

I was directed by people pointing the way, and with a fully loaded backpack on my back, I approached the outhouse that held the pit toilet.  I knew from the fact that since I could smell it outside that it wasn’t going to be good.  I took a moment to locate my toilet paper roll and a handkerchief that I tied around my face to help keep away the fumes.  Clearly this was more a psychological maneuver than one that would actually help with the odor.

Not having anyone to hold my pack, since I travel alone, I carefully hoisted my heavy pack back up onto my back which made my gut nearly give.  I was about to lose this battle if I didn’t attend to business immediately.  Several people were milling about nearby and were giving me really strange looks.  I was used to that.  Being a white young female traveling alone in the middle of Africa, you tend to stand out in the crowd.  But, there was something different about this look.

I didn’t have time to think about it, so in great haste, I opened the outhouse door and stepped inside.  My foot sank a bit into the mushy floor.  Did I mention that I was wearing sandals?  Something oozed up around my foot.  I didn’t know what it was, but I didn’t have the luxury of time to contemplate it.  There was only the light coming in through the cracks from the walls and ceiling, and it was insufficient to ascertain into exactly what I had stepped.

With profound reluctance, I stepped in with my other foot.  It also sank.  Ewwwww!!!  So glad I had those hepatitis vaccinations before going on this trip.  Just wish I had had enough time to finish the complete series.  There was no telling how many open cuts, scrapes, and blisters were on my feet.

I took a few mucky steps to the place where I needed to stand, hiked up my skirt/wrap pulled down my undies, and assumed the position – all of this with a 40lb backpack on my back.  Finally, relief!

I tried hard not to breathe, but I finally had to take a breath.  The stench was overwhelming.   Although I had gotten pretty used to the nasty pit toilet smell that one must occasionally endure, this one was too much to bear.

Whatever it was, it was more than my normally iron-clad constitution could endure. The next thing I knew, standing in what I could now see (since my eyes had adjusted to the dark) was a puddle of urine and feces, and not the mud that I had tried to will myself into believing it was, I found myself projectile vomiting in one direction while liquified excrement literally exploded out the other end of me, completely missing the pit for which it was intended.  This continued for what seemed an eternity.

I would have felt embarrassed, except that I’m pretty sure everyone else in town must have had the same ailment.

As I finally exited “the facility,” and went in search of water with which to clean and disinfect my feet, I wondered why they didn’t just have a huge hole with a bar across it where you stood while hanging onto a bar in front of you.  That way, no matter where you went, it wouldn’t miss.

As for other exciting gastrointestinal fiasco stories, keep reading the blog – or share your own in the comments!  If I get enough stories, I promise to write a book called “Have Loo Roll, Will Travel.”